The Philosophy of Masonry in Five Parts
Foundations of Freemasonry

systems: First that of Oliver, whose key word is Tradition; and second, that of Pike, whose key word is Symbolism. Pound concludes with an exploration into the simple origins of secret societies and how they led up to the modern Masonic fraternity. 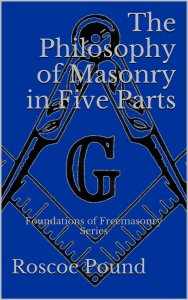