Audio Sample: The Dagger of Isis
Dangers lurk for the first woman Pharaoh. The Dagger of Isis, Book II of the The First Dynasty Series, traces the life of Meryt-Neith, the first female ruler of a united Egypt. From her marriage to King Wadjet to her eventual coronation after his death, this tale of intrigue and betrayal follows her ascension, the wars she fought and the loves that gave meaning to her life. 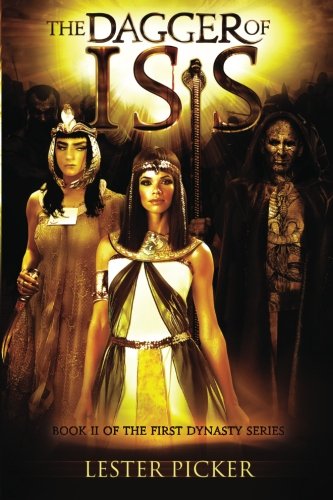 The Dagger of Isis saga takes us on a journey throughout ancient Egypt and into nearby lands, as Meryt-Neith, the great-granddaughter of

King Narmer, struggles against her cousin, Nubiti, the Head Priestess of the Temple of Isis, to bring honor to her family’s dynasty. But Nubiti and her mother have far different plans, ones that threaten The Two Lands and the very lives of Meryt-Neith and her son, who is heir to the throne.

In Nubiti’s retinue is Bakht, a powerful shaman of the dark forces and an adept of the Apep priesthood. As Meryt-Neith fights foreign enemies to save a united Egypt, the forces of darkness gather to capture the crown from within.

Buy The Dagger of Isis