He has nothing to lose until she gives him a reason to live.
A blown CIA operation in the UK destroyed an elite mercenary black ops unit two years ago. Surviving members disappeared to heal their wounds, and have now resurfaced as part of Slye Temp, an agency contracting security work with corporate America. At least, that’s what goes on above ground… 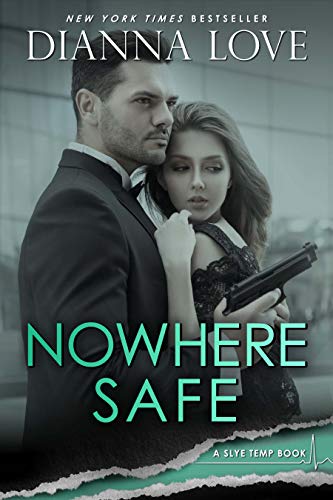 Slye Temp agent Josh Carrington should have died during the blown UK mission, but he didn’t. Scars fade and nightmares can be managed, but he’ll never forget watching an innocent woman die because she trusted him. Tempted by the best, he sticks to Personal Rule Number One: Never mix business with pleasure. Slye Temp sends Josh to uncover a leak in a DEA task force…a mole in league with the traitor who betrayed the UK team. A deadly shipment is bound for the US and nothing will stop Josh from taking down this mole, blocking the shipment, and nabbing the traitor. Not even Trish Jackson, hardheaded sister of his #1 DEA suspect.

A faceless stalker has turned Trish’s life into a living nightmare and threatens to kill anyone who helps her, including Josh, the new man on her brother’s task force who has planted both unwelcome feet in the middle of her world and refuses to leave. The closer Josh gets to the twisted truth, the more he struggles to keep Trish out of harm’s way–and his bed–but the sultry firecracker gets under his skin like no other woman, forcing him to question everything, starting with Rule Number One.

“I fell in love with the characters in this book. Trish is a sassy, sexy, southern belle; and Josh is one dead sexy hunk… This story is chock full of action, white hot romance, shocking twists and intelligence.”

“..a very tasty piece of mind candy. If you enjoy thrills of all sorts, suspenseful and romantic…this is a great book for you.”

“A gripping thriller on an emotional roller coaster.  Just try to put it down.”