Originally published in 1914, German Theosophist Carolus writes on the subject of Atlantis, with regards to new archaeological and scientific discoveries of his time. As well, he discusses the destruction of ancient monuments, which was happening (and consequently lost knowledge), in places like Honduras. He also gives special attention to Madame Blavatsky’s writings, in relation to subject matter, along with pondering the idea that the disappearance of Atlantis could have been more of a spiritual collapse than a physical one. 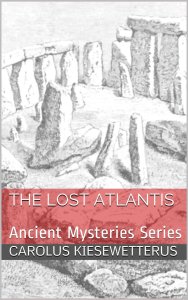